During those ten years everything took place. As if I lived only ten years...

10 years is a long sentence.

"Even if I have no more to live, I lived enough," I said to myself before I defected.

I thought of death, or going to America.

When you see [ text ], this is Russian text, which went bad.

On this page was a story about the play "Five Songs About the First Soviets" for 70th anniversary in 1975. About my work in the Party Archives, about Ivanovo, about my realization that I lost my son...

I understood that Anton is not in hands. That he is start his own journey trough the same Soviet desert. Year after year, day after day -- like me and my father before me. Another Antohin, Anton Anatolievich.

Wife? What wife, if I cannot have my son?

What parents? What am I?

I was twenty six.

Patience, -- said Arbuzov, -- Wait. And in twenty yeras they will publish everything you write.

That old man, he didn't understand that not the unpublished tortured me, but my life now, today!

It took another five years, before I left Russia... 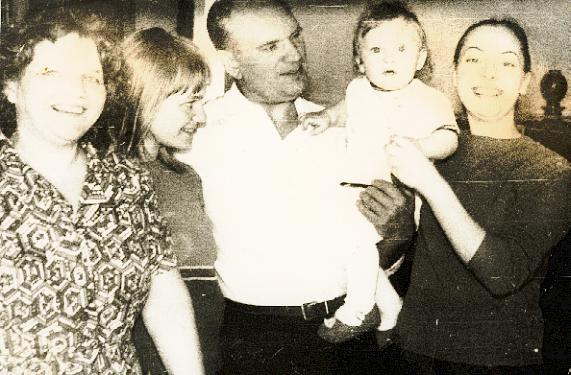 He was a baby and I don't like babies. Then he became a boy. Somebody I can relate to. That was the time when I left the family, my family, the family I made...

He was that stranger, who like God gave me a life, like a gift, without knowing it.

I will have hard time writing the page Anton 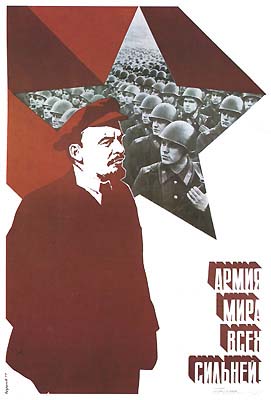 Russians and East Europeans in America

* According to the 1990 US. Census, 2.95 million Americans are claiming Russian ancestry, but a more realistic view suggests that there are only 750,000 Americans of ethnic Russian descent, which means that they were either born in Russia or have at least one parent or grandparent of ethnic Russian heritage.

Interesting fact: Only 242,000 people have command of Russian.

... I have to keep the facts for another unpublished book about "Russians wihtout Russia" and "Russia without Russians" -- the book is not published, because it wasn't written.

He was writing about me, Mr. Bunin.

He left. And I am glad that he did. Read his latest short-stories. Written in France.

"Progress in developing the education system was mixed during the Brezhnev years. In the 1960s and 1970s, the percentage of working-age people with at least a secondary education steadily increased. Yet at the same time, access to higher education grew more limited. By 1980 the percentage of secondary-school graduates admitted to universities had dropped to only two-thirds of the 1960 figure. Students accepted into universities increasingly came from professional families rather than worker or peasant households.

... In literature and the arts, a greater variety of creative works became accessible to the public than had previously been available. As in earlier decades, the state continued to determine what could be legally published or performed, punishing persistent offenders with exile or prison. Nonetheless, greater experimentation in art forms became permissible in the 1970s, with the result that more sophisticated and subtly critical work began to be produced. The regime loosened the strictures of socialist realism; thus, for instance, many protagonists of the novels of author Yuriy Trifonov concerned themselves with problems of daily life rather than with building socialism."

The first wave of mass immigration from Russia and Eastern Europe took place in the second half of the nineteenth century and early twentieth century before World War I.

The majority of those arriving were Jews escaping the Pale of Settlement (territory established in 1786 after the division of Poland where Jews were compelled to live).

Many Russian Jews settled in New York and other large American coastal cities. Like previous Jewish immigrants, many of them went into business, and the children of the Russian Jews attended universities in increasing numbers. Russian and other East European Jews differed from American Jews, in that they were maintained a highly orthodox religious practice. Marriage between Jews and non-Jews amongst the immigrants was a very unusual event.

Other immigrants included Russian religious pacifist groups that were in conflict with the Russian Orthodox church. Among them were Russian Molokans and the Russian Old Believers (Starovery).

Russian Molokans. The name "Molokan" originates from the Russian word for milk (moloko) since the members of this group do not refrain from milk and other products during Orthodox fasts. It refers to those who suffered persecution from both the Russian Orthodox Church and the government for their non-traditional beliefs and practices.

Russian Molokans settled primarily in Los Angeles area and later in the Willamette Valley in Oregon. Good labor skills were valued more than formal education. The Molokan community is characterized by isolation from the outside world, strong emphasis on agricultural work, and attendance of frequent religious services called sobraniye.

The Russian Old Believers (Starovery). This name refers to the descendants of Orthodox Russians whose ancestors refused to accept the modern church reforms of the mid-seventeenth century. Many of the Russian Old Believers settled in Oregon and Alaska. Members of the community tend to speak Russian and are normally dressed in clothes reminiscent of the eighteenth and nineteenth century peasantry. In keeping with the Old Rite, three elements given at baptism—the shirt, belt, and cross—must be worn at all times by the faithful. Hence men and boys are seen in the long Russian shirt, or rubashka, girded with a belt. Women and girls lengthen the shirt to form a blouse/slip combination and wear over it a jumper, or sarafan, sometimes with a peasant apron. The Old Believers adhere strictly to the church rituals of prolong fasting periods, long church ceremonies, and do not allow outsiders or those not "in union" to eat with them in their homes or attend church services. In Oregon they have established a primarily agricultural economic base, acquiring land to raise berries and fruit, as well as grain for cattle. In Alaska, Old Believers are successful commercial fishermen and builders of commercial fishing boats.

The Second Wave: Escape from Revolution

The second wave of immigration from Russia began after the Russian Revolution and Civil War of 1917-1921. Violent insurgencies, property destruction, and political radicalism erupted throughout the new Soviet states, forcing almost 2 million to flee. 30,000 came directly to the United States, others settled in France and Germany. Most were former czarist government officials, aristocrats, industrialists, shopkeepers, teachers, lawyers, military personnel, and members of the clergy. Because many of these immigrants came from wealthy ruling class of czarist Russia, they tended to find jobs similar to their former professions, which could be found in the large urban areas like New York, Philadelphia, Chicago, Boston, and San Francisco.

The Third Wave: The Promise of America

The third wave came in the aftermath of World War II, during which millions of Europeans, including Russians, were displaced from their homes. This wave brought about 50,000 people from the Soviet Union and Eastern Europe to the United States. Most did not come directly from the Soviet Union. Some had been transported to camps in Nazi Germany during the war; others had fled westward to escape the advancing Soviet Red Army in 1944 and 1945. Others were "White" (anti-Bolshevik) Russians who in the1920s had settled in East European countries (Czechoslovakia, Yugoslavia, Poland, and the Baltic States) that came under Soviet domination after World War II.

After the conclusion of WWII, Western powers, including the United States, were obligated to repatriate (send back) all persons living in Western Europe who had been born in Soviet territory. Initially the United States military authorities in Europe cooperated in the repatriation program, and between 1945 and 1948 2 million Russian refugees were returned to the Soviet Union. There they faced exactly what they feared: many were imprisoned, exiled to Siberia, or even executed. To escape this fate, many Russians claimed they belonged to different Slavic nationalities-anything but Russian.

Many Russian immigrants, who arrived in the third wave and settled in the United States after World War II became the victims of the widespread suspicion that they were Soviet agents and spies, who had infiltrated the Russian émigré community in the United States. Anti-Soviet feelings were on the rise. Congressional investigations, spurred by Senator Joseph McCarthy, on Communist infiltration reached their peak in the early 1950s, and many Russians were wrongly accused of communist activity or sympathies. Whether in Europe or North America, it was not a good time for an immigrant to admit Russian ancestry.

The third immigration wave included Russians from all classes, particularly farm laborers and industrial workers. Most of them, as many other East European immigrants, settled in large American industrial areas like New York and Chicago becoming engineers, educators, government employees, and factory workers.

The Fourth Wave: A Second Exodus

The fourth immigration wave from the Soviet Union represented the struggle of conflicting ideologies and political systems. The main reasons for immigration from the Soviet Union and other East European countries included widespread anti-semitism, tight government control of the lives of ordinary citizens, a difficult economic situation, and the violation of basic rights such as freedom of speech and religious practice.

[ "Immigration Russian way"? -- the normal one, only now, by choice, and they call them the "sausage immigrants"! ]

Many Soviet Jews who wanted to emigrate believed that Russian anti-Semitism was more deeply rooted than the Bolshevik ideology.

Under Soviet rule in 1960s and 1970s, strict government controls made immigration difficult. As many as 400,000 Jews wanted to leave the USSR, but for many years were refused permission to do so, thus earning the name refuseniks. In the détente of the early 1970s, the Soviets agreed to allow as many as 250,000 citizens to emigrate, a move prompted by the Jackson-Vanik amendment to the 1974 Trade act, which demanded that Soviet authorities lift the ban on the immigration of the Jews. In theory, only Jews and Armenians "seeking to reunite" with family members could leave. In practice, many others emigrated, including left-political dissidents, scientists, writers, artists, human-rights activists, and other "undesirables". Unlike the earlier waves of East European Jewish emigrants many of whom spoke Yiddish as their native language, the Russian Jews of the recent immigration spoke Russian and were culturally Russian. Many of them lived in Moscow and Leningrad and other Russian cities.

After Mikhail Gorbachev became the Soviet leader in 1985 and initiated democratic reforms, many Russian political dissidents, the Russian Jews, and other refusniks were allowed to freely emigrate. Democratic reforms in the Soviet Union under Gorbachev reverberated all over Eastern Europe where people also regained their right to freely move and emigrate. By the 1990s, immigrants from the former Soviet Union and Eastern Europe settled across major US metropolitan areas like New York, Los Angeles, Chicago, and Detroit, revitalizing fading neighborhoods, opening businesses, or joining the mainstream American labor force.

In contrast to earlier waves of immigration, many of these newcomers were well educated in technical and scientific fields. An astonishing 55.7% of the newly arrived immigrants from the former Soviet Union in the 1990s described themselves as academics, scientists, professional or technical workers. The younger ones were quickly absorbed into the booming economy of the major American metropolises. www.fas.harvard.edu/~gstudies/russia/lessons/backgd.htm